One of a Special Purpose Acquisition Company’s (SPAC’s) greatest strengths is the flexibility it offers in the deal making process. Many investors think of SPACs in the same way they consider an IPO, as both structures take private assets into the publicly traded markets.

In some ways it is fair to compare the two structures, but it overlooks the feasibility and optionality that SPACs offer to investors, sponsors, and the owners of an acquisition target. 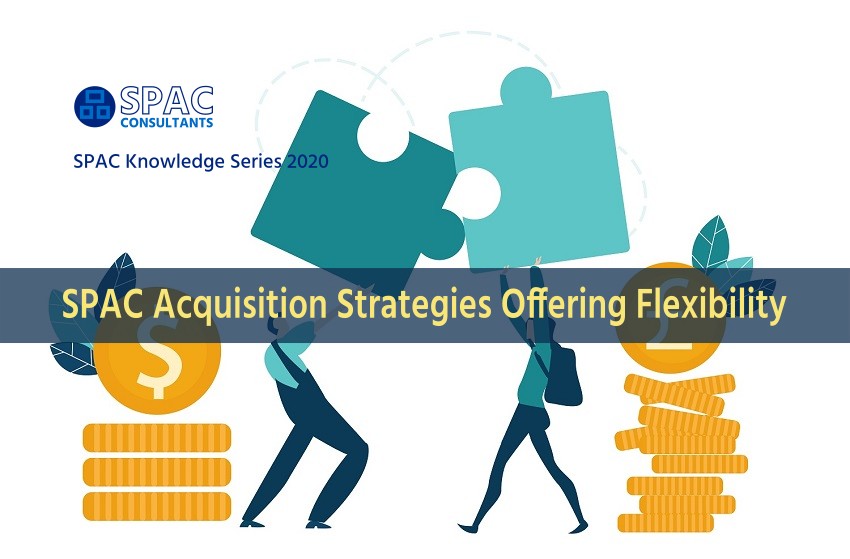 While it is possible to use a SPAC in the same way as an IPO, and take a single private company public, it also allows the SPAC to buy a few private companies, and then take all the assets public via a reverse merger into a single SPAC.

SPACs also allow multiple rounds of funding, and also can issue equity at any time once it is listed as a public company. Much like any other public company, a SPAC can take on debt or issue warrants, which is a far more flexible architecture than an IPO.

The institutional investors who invest their capital in a SPAC have much more control over how it is used when compared to an IPO, which is just one more way that SPACs deliver clear advantages over the more commonly understood IPO architecture.

Bespoke Opportunities and Friendly Deals With a SPAC

The SPAC formation relies on isolating opportunities in the marketplace and creating a company that is designed from the outset to make acquisitions. A SPAC allows smaller, private companies to access capital on friendly terms, and connect with institutional investors who want to see their company’s ideas take root in the public markets.

SPACs are created in a few stages, and it is important to see how the process of founding and funding a SPAC creates connections in the investment community.

The process of creating a SPAC begins when a sponsor or sponsors pay to form the SPAC. The costs and expenses to set up a SPAC is around $650,00 to $900,000, depending on how it’s calculated. The sponsor will pay around two thirds of the costs related to forming a SPAC, the last third is generally covered from the IPO proceeds. These costs and expenses include the cost of the pre-IPO roadshow, and also listing the company on a major stock exchange.

SPAC sponsors participate with their funds in the IPO, technically through a private placement. Depending on the size of a SPAC IPO, sponsor’s private IPO placement is around 7 to 7.5% of the IPO proceeds to be raised from large institutional IPO investors.

In the pre-IPO stage, sponsors will receive founder shares in the SPAC, which will become listed shares on the day of IPO. Additionally, on the IPO, sponsors receive units consisting of one share and one warrant.

The pre-IPO stage of a SPAC is designed to attract institutional investors to invest larger amounts of capital in the SPAC. The pre-IPO roadshow is aimed at securing commitments from larger investors who want to participate in the IPO.

A SPAC will look for institutional investors that it thinks will be interested in the acquisition goals the SPAC has defined.

When a SPAC is created to take a specific company public, as is the case with many EV manufacturers in 2020, the SPAC will work directly with investors who have expressed interest in the asset that the SPAC is being created to buy.

By funding the company to the level that is required until and including IPO stage, the process of buying private assets and listing them on a public exchange via a reverse merger is almost totally devoid of risk.

SPACs can be used for numerous kinds of deals, and the SPAC’s architecture is very flexible.

A SPAC goes to the markets with a solid business acquisition idea, and it presents a strategy to make that idea a reality. Institutional investors back the idea and fund the company through the IPO. Also, a SPAC can be used to buy a specific company, creating an exit plan for the present owners of the private company.

While SPACs can be used in the following ways, this is not an exhaustive list:

When a SPAC is formed, its prospectus can be created with a broad Acquisition Strategy.

A SPAC that is created to buy assets in a given sector or geographical area will not have any specific companies listed as targets. For example, a SPAC can have an Acquisition Strategy that targets “Assets in the EV sector”. While this could sound a little vague, the investors in a SPAC have numerous protections, so this kind of strategy is actually very popular.

The totally voluntary aspect of the SPAC’s deal making structure highlights how important building consensus is for the board of the SPAC, as an institutional investor can take their funds and leave the deal.

Here, the role of SPAC Consultants and its associated team is especially important in the event that an institutional investor decides to pull funding from the deal. The SPAC’s management team will have to replace the lost funding, and that is one of the best reasons to work with a specialist SPAC consultancy.

Being able to replace lost capital in a few days’ time means keeping the deal on track, and SPAC Consultants has been able to create that kind of cooperation in the past.

SPACs can be used to buy private companies that the overall market may not be valuing accurately. Sometimes this is because the company is too small, or it may simply not be known to the wider markets.

A small EV company may have an incredible battery technology, but without large amounts of capital to commercialize the technology, it will never be able to fully capitalize on the idea.

In this case, a SPAC can be created to “Buy innovative Electric Vehicle Technology”, and in its pre-IPO phase, the roadshow can help to attract institutional investors that see the value in the technology that the EV company has developed.

From the perspective of the small, private EV company, the difference would be selling a patent on the buyers terms or maintaining a much larger interest in a company that would work to commercialize the technology.

In fact, an EV maker could be acquired as a part of a deal that combined its assets with another private company that manufactured batteries.

The new company would have a much easier time competing with existing battery manufacturers, especially if the new technology was superior to existing systems.

With a SPAC, all the capital that is needed for the acquisitions is raised in the pre-IPO and IPO stage and the SPAC can issue shares after the IPO for a share swap with the selling shareholders of the company to be acquired; so funding risks during the acquisition are almost eliminated.

If everyone in the deal can agree on the terms, the SPAC makes acquisition and combination of private assets simple.

As outlined above, a SPAC is used to combine private assets into a company that is stronger than the separate assets would have been on their own. In addition to operational synergies, a public company will likely have an easier time attracting investors than a small or mid-sized company would have on its own.

The example given previously shows how a scientific research and development company can be merged with a small, specialist manufacturer to create a new integrated company that can then attract capital to scale up production of a novel technology that is already in demand.

None of the component companies could compete in the same way that the SPAC’s company could, and the involvement of institutional investment only adds to the credibility of the SPAC’s conglomerate company. Unlike debt-based expansion, the institutional investors own shares in the SPAC, and they are motivated to see the value of the equity increase.

The owners of the private companies that are acquired will retain ownership in the SPAC via a share swap.

It is also common to take over the board (or a part of it) from the acquired companies on the board of the SPAC, and more can be included if it is appropriate to do so. For the institutional investors, these structures are equally favourable.

Not only do institutional investors maintain control over how their capital is used, they also gain from the shares and warrants they bought at the IPO as part of the units. The risk of a failed deal is low because all the funding to make acquisitions is in-place from the time of the SPAC’s IPO.

As a public company, a SPAC can also borrow if needed, and likely on much better terms than the acquisition targets. Overall, this makes SPAC a great vehicle for buying private assets, and crafting companies that have competitive advantages.

SPACs: Dealing with Professionals is Key

There is a reason why more institutional investors are using SPACs – they offer great options, control and extraordinary potential gains. With that flexibility comes nuances, and dealing with professionals who have a deep knowledge of SPACs is very important from the initial phases of the process.

SPAC Consultants is a specialist in the field of SPACs and has profound real-world deal making experience to draw from. Together with associates in the US, Switzerland and Ireland, SPAC Consultants is professionally structuring SPACs and providing successful IPO services, mainly at the NASDAQ and NYSE.

Our SPACs currently in the making,
available for Sponsor interest: