A way for companies to grow

When a company needs capital to expand, a Special Purpose Acquisition Company (SPAC) may make a lot of sense. SPACs are becoming more popular, and with good reason. Debt markets have become difficult to navigate, and commercial banks are not as willing to lend into the broad markets.

The simple fact is that with a SPAC, capital can support great ideas, and grow companies. Regardless of how IPOs are doing, SPACs offer clear advantages to both company owners, and investors. With a SPAC, there is no risk of a public failure to launch, and the PR firestorm that goes along with a botched attempt to enter the public markets.

See how we may assist companies to merge with the right SPAC. 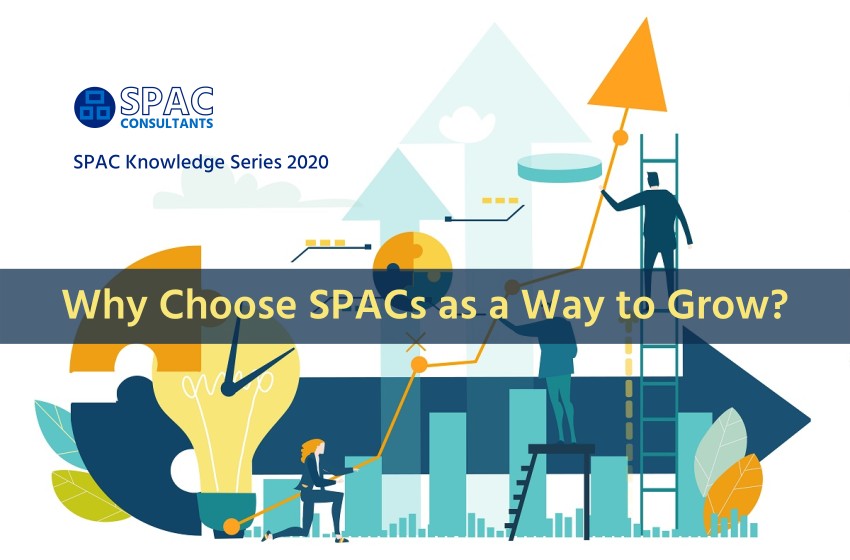 SPACs are a safe way for a company to go public and attract investors who want to support the development of solid ideas. There are not many risks to both investors and company owners, and the vast majority of the SPAC process is handled by people who want the company to succeed in its attempt to go public.

SPACs – What is the Advantage?

A SPAC is custom built to take private assets into the public markets. SPACs will be created and listed on a major exchange, such as the NASDAQ, and will have a limited amount of time to acquire private assets.

The SPAC founders create the company by funding it, and then listing it on a public exchange. The SEC or another regulatory body needs to approve the listing, and then the company executes an IPO process that will bring more investors into the company.

In this process, institutional investors can buy units, which comprise a share in the SPAC and a warrant. The money that is raised from these sales is put into a trust, and interest is accrued while the SPAC board works toward a great acquisition. SPACs are acquiring private companies in form of a private deal, which makes acquisition and M&A procedures less risky for everyone.

Unlike an investment trust, the shareholders of a SPAC have a lot of control over how that money is used. While these structures were first made popular in the 1980s, we have seen a big push to use them again over the last few years. The IPO markets have run hot and cold, which has left investors looking for other ways to take private assets public.

Unlike an IPO, which relies on underwriting banks and brokers to be successful, a SPAC has already floated its IPO and is already funded when it looks for assets to buy. The costs also tend to be lower when using a SPAC, which makes sense for both investors and the company that is selling its assets.

Electric vehicle maker The Lion Electric Company just decided to use a SPAC to enter the public markets over an IPO, as the SPAC offered its owners clear advantages over the sometimes-risky IPO process.

A Solid On-Ramp to Public Markets

While a SAPC could be used to buy just about any private assets in a given area (based on what the investors want), they are generally created to do a very specific job. This could mean being created in a very specific industry or in a limited range of assets, or to buy a specific company.

From a practical perspective, this structure is a near-perfect fit for a private company that wants to grow via access to a much larger funding pool and make connections with investors who want to participate in a growing business.

A SPAC is funded during its IPO, which means that by the time it is doing its acquisitions, the target of the deal will know that funding is ready to make it happen.

If a SPAC needs to take on debt or sell more shares to make a deal happen, it can do so without any issues. As a publicly traded company, a SPAC has access to the same financing tools as any other company.

The SPAC structure can be used to make many different kinds of deals.

Once the SPAC is public, it can be used to craft deals with private companies on just about any terms that work for all the parties involved.

When using a SPAC to make acquisitions, it may acquire more than one company, creating synergies and combining their assets to craft a new entity that leverages the advantages of all the formerly private companies.

The shareholders of a company to be acquired can be paid in many ways, including compensation through a share swap, cash from the IPO proceeds on trust account, and debt finance, or any combination of those, creating many ways to shape a perfect deal. It is typical to keep the management of an acquired company on the board of the SPAC once the transaction is finalized, depending on the arrangements between the sellers and buyers.

Additionally, a SPAC is likely to be able to attract remarkably more investment capital when compared to a small or medium sized private company.

Because a SPAC is a public company, it can issue shares to do bigger deals, or eliminate the debts of an acquisition target during the process.

While there are some limitations on how a SPAC can be used, it remains one of the most flexible ways to acquire private assets and take them into public markets. 2020 has seen extensive use of SPACs, and with good reason.

These acquisition companies make it easy to support good ideas and offer new and competitive investment options to the public markets.

The end result of a SPAC will be a new company that is publicly traded on a major exchange.

Private companies will enter the public markets via a reverse merger, and the costs to accomplish this are much lower than it would be possible with an IPO. As long as all the parties involved in the process have the same goals, there is almost no way for the SPAC to fail in its mission.

In addition to entering the public markets, the SPAC can create a better company by using fresh capital to pay down debts. This makes the newly acquired company far more competitive and insulates it against stress in the debt markets.

Being brand-new companies, SPACs are totally free from encumbrances, which means that there is no corporate history or hidden legal liabilities that could negatively impact the acquired company.

With the advantages that SPACs offer, it is pretty easy to see why they are being used frequently to acquire private assets and deliver them to the public markets.

SPAC Consultants works with its associates in the US, Ireland, Switzerland and other countries to professionally structure SPACs and offers successful IPO services, generally at the NASDAQ and NYSE.

Our SPACs currently in the making,
available for Sponsor interest: