Special Purpose Acquisition Companies (SPACs) aren't new, but they are coming back in a big way. SPACs offer an alternative to a traditional Initial Public Offering (IPO).

Instead of being underwritten by a major investment bank, a SPAC allows a company to go public by using an already listed SPAC and a reverse merger. 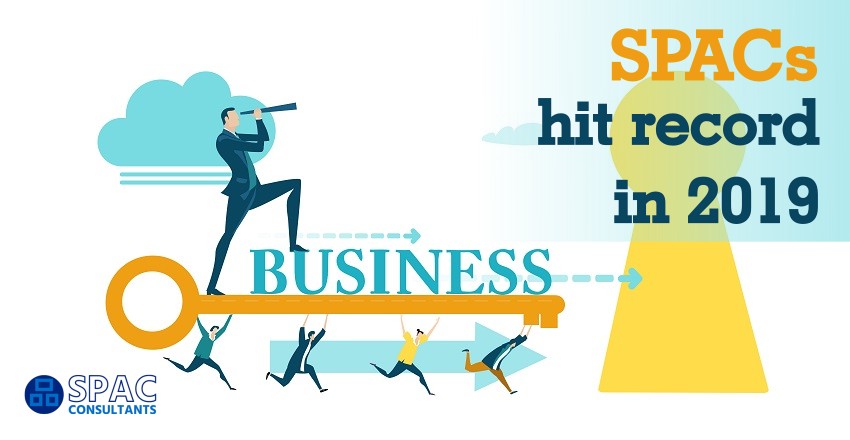 The risks of attempting to go public with an IPO have risen over the last few years. The debt markets aren’t as liquid as they were recently, and volatility in the equity markets has created uncertainty. 2020 isn’t shaping up to be a great year for risky assets, but SPACs are being used more than ever.

Instead of relying on the sale of equity to the public, a SPAC creates a cash reserve that is protected by escrow. The funds that are raised by the SPAC can only be used to buy a company, or for any other purpose that is set out when the SPAC is founded.

As geopolitical risks rise and non-government debt markets show increased strain, it is likely that 2020 will see the use of SPACs rise, especially for larger buyouts and cutting-edge companies that might have a hard time accessing funding in the current market environment.

An IPO can take years to get off the ground. Making an IPO work in a stable market can mean a big return for the company that is going public, but when the markets get choppy, IPOs start to look like a risky way to access the public equity markets. When an IPO goes bust, millions of dollars go to waste.

SPACs are likely gaining popularity as they derisk a company going public in a way that an IPO can’t match. Last year the volume of SPAC deals hit a record, and many multi-billion-dollar SPAC-based deals hit the public markets in the USA.

The SPAC is listed on a major stock exchange before any sort of acquisition takes place, with all the necessary funding secured in an escrow account. To be sure, SPACs aren’t perfect. Some companies may not like the amount of control that a SPAC has once the deal is done, but this is a small price to pay for a successful public listing.

After SPACs were used for some less-than-honest dealing back in the 1980s, the structure took on a negative connotation. That all seems to be ancient history, with business moguls like Richard Branson using a SPAC to take Virgin Galactic Holdings public in 2019.

Branson’s Virgin Galactic deal wasn’t the only high-profile SPAC deal in 2019. One of the most recent saw DraftKings Inc. (as well as digital gaming firm SBTech) go public via a buyout by Diamond Eagle Acquisition Corp. with a price tag of 3.3 billion USD. The companies are now listed on US exchanges, and there was no IPO to go bust in a very public fashion.

It is unlikely that DraftKings would’ve been able to sell itself with an IPO in the present market. With big disappointments like WeWork making headlines, the IPO market for new tech just isn’t accommodating at the moment. Not only did a SPAC structure make the DraftKings deal a success, but it was also able to create an innovative new company in the process.

The new year has already seen SPACs making moves to raise more money. In the early days of 2020, Newborn Acquisition (NASDAQ: NBACU) filed with the SEC to raise $50 million USD in an IPO. The Shanghai-based SPAC is focused on Asian markets and is looking to list both common stock and warrants on US exchanges.

Government debt is clearly benefiting from heightened uncertainty in the markets, but new deals are unlikely to be fairly valued at the moment. A lack of demand for riskier assets, like shares in new companies, could drive additional demand for SPAC-based IPOs.

Major companies have rushed to sell debt in the first week of 2020, with $69 billion USD in new investment-grade corporate bonds hitting the markets (a record for one-week investment-grade bond sales). Companies are no doubt looking to secure financing while there is a demand for high- grade bonds.

While record-level corporate fundraising might seem like a good thing for smaller companies that are looking for financing, the opposite could be the case. According to Hans Mikkelsen, who is the head of investment grade corporate strategy at Bank of America (BoA) Securities:

“When you look at the main drivers of volumes, one of the biggest volumes is M&A (merger) activity. The environment this year is not very favorable for new M&A,” he went on to state, “Back in 2017, there was a lot of debt capacity. They (large companies) levered up so much that 50% of the market is now rated BBB. There is not a lot of additional capacity…A lot of large companies are deleveraging.”

Mikkelsen hits on a point that could also be a big influence in the 2020 IPO market.

When the markets start discounting risky assets and deleveraging, new issuance of equity aren’t going to thrive. SPACs are a great way for a company to enter public markets, without having to deal with IPOs that may end up failing or selling the company at a substantial discount.

There is a good chance that the traditional IPO market in 2020 isn’t going to be as strong as it has been over the last decade. Young companies need a supportive environment to grow, and it looks like 2020 may be a harsh climate for risk.

SPACs could be the vehicle of choice for a market that is becoming increasingly complex. In fact, so-called ‘blank check’ companies are a great way for investors to look for deals in a market that could offer some spectacular valuations on assets that aren’t appreciated by the wider investment community.

Together with its associates in Ireland and the US, SPAC Consultants is professionally structuring SPACs and provides successful IPO services, mainly at NASDAQ, NYSE.

You are welcome to contact us  to have a chat what we can do for you.